Greetings, dear readers! On this, the sixth anniversary weekend of the blog, I was determined to put up a post. Life has made research and writing more difficult of late, as the lack of activity this year clearly shows. But I recently acquired a charming trade card for a nineteenth-century Wellington business, so I wanted to share it and the history of the store that it promotes.

In April 1880, F. T. Smith advertised in the Wellington Enterprise that he was opening a new venture on the southwestern corner of Liberty Street, today called West Herrick Avenue. His premises was known as “the old Bakery Stand,” but he was taking a partner, Mr. Jordan, and starting a shop that they would name the Bee Hive. (This may have been a reference to the popular Bee Line that operated on the nearby train tracks, an east-west excursion line with stops in places as far-flung as Denver, Colorado and Toronto, Canada.) In a separate notice, the newspaper reported that Mr. Jordan had for many years been connected to the wholesale houses of Cleveland. Whether Jordan was actually living in Wellington while the Bee Hive was open is not clear.

The owners of the Bee Hive demonstrated a sort of frenetic energy for growing their business. They pioneered a novel method of publicity in the Enterprise; rather than simply paying for a one-column block, they sprinkled single sentence promotions of individual products throughout the local news page. They announced that they would have two wagons loaded with merchandise circulating throughout the area during harvest time, for the benefit of “country customers” who could not then spare the time to travel into the village (Enterprise, 6-10-1880, pg. 3). In the spring of 1881, they announced a promotional giveaway of an unspecified prize to every customer who purchased a pound of tea, and appear to have continued the offer through the end of the year. They crafted exhibits of sale goods for the Wellington fair, and hosted parties and musical entertainments in their building. Though the Bee Hive was mentioned hundreds of times in the Enterprise during its brief existence, and the owners clearly wanted to convey that they were doing a booming business, the notices begin to smack of desperation; one gimmick they employed was to repeatedly run an advertisement that read, in multiple variations, that they were just too busy to write new ad copy.

Each year, the Bee Hive had a Friday evening holiday grand opening in which they debuted their new Christmas merchandise. For the 1880 holiday season, they installed a steam engine to “help them grind coffee and spices and do up parcels” (Enterprise, 12-23-1880, pg. 2). The array of items on offer was impressive: toys, china, tea sets, dinner sets, chamber and toilet sets, silver-plated dinnerware, lamps, and vases.  In season they added flower pots, garden vases, hanging baskets and window boxes. They carried groceries including ground coffee, tea, canned fruit, sliced beef, Sandusky hams, cigars and oysters, butter, fresh eggs and fish. The Bee Hive also did copper, tin, iron and brass repair, and would complete roofing and spouting work by request. 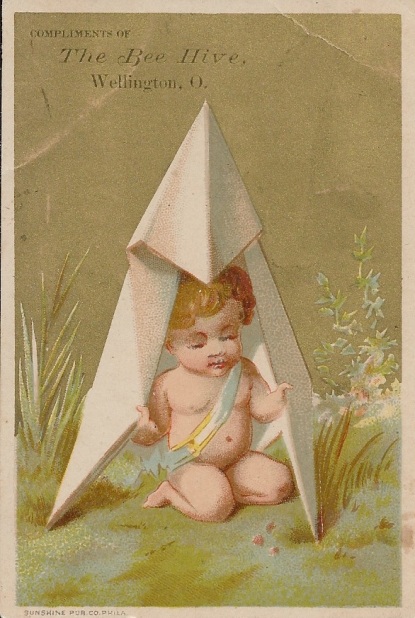 Recto of trade card, printed ca. 1880, for the Bee Hive, Wellington, Ohio. Rather than purchasing generic trade cards and stamp inking their shop name, as many Wellington businesses did, the proprietors of the Bee Hive had their trade cards printed, perhaps at the offices of the “Wellington Enterprise.” Author’s collection.

In July 1880, Smith and Jordan announced that they were soon to erect a new brick building on the vacant space immediately west of their Liberty Street shop. They offered “close out” sales to rid themselves of heavy merchandise like stoves, that they did not wish to move. By early August, they broke ground on a “double store,” but continued to do business by temporarily locating one door west, into the furniture establishment of Hoyt and Woolley, who were also the local undertakers.

The construction plans were ambitious. “The foundation of the addition to Smith & Jordan’s building is nearly complete. It will be joined to the old store-room as one building, having an entrance to the upper story between the old and the new. When finished there will be three [shop] fronts–two of 20 feet each and another small triangular room on the extreme south-west, which will be for rent. The ceiling of the present room will be raised to make a 13 foot story, and the second will be 11 feet. An arched way will connect the two rooms so they can be used as one store. The front rooms in the second story will be finished for offices. An addition will be built on the rear end, of 20 feet, for storage purposes” (Enterprise, 8-19-1880, pg. 3).

Remarkably, interior touches were completed just two months later. Corporation tax records show that block 1, lot 75 was owned by Anson Smith. I believe Anson was the stepfather of F. T. Smith, as I will explain below. The lot was valued at just $370 in 1880 (prior to construction), but by 1881 jumped to $1,380. By 1882, that assessment had increased to $1,980. Likewise, an 1874 map of the village shows a small square in the center of lot 75, to later be replaced by a roughly triangular structure that filled the entire plot of land.

Post-1904 image of West Main or Liberty Street, at its intersection with Rail Road Street. The brick two-story building in the foreground is the Bee Hive block, completed in 1880. Photo courtesy of the Southern Lorain County Historical Society, “The Spirit of ’76” Museum.

But for Smith and Jordan, time was up. In January 1882, John Houghton published a scathing editorial in the Wellington Enterprise in which he laid out the failure of their partnership in excruciating detail. Smith apparently owed Houghton money, perhaps for the excessive advertising services he had furnished the store, or the custom printed trade cards they had distributed. His revenge, as he himself wrote, was to tell the entire village precisely what had happened. Houghton noted that the failure was not a surprise to the “wise and observing,” whom he claimed had been predicting the event for more than a year. Smith’s stepfather had “furnished the larger portion of the capital,” and had decided the partners must relinquish the Bee Hive “to secure himself from further loss.” I believe this to be Anson Smith, owner and taxpayer on the Bee Hive block.

The younger Smith, Houghton wrote, “is reported to have ruined the trade and squandered the capital by his intemperance and immoralities and by his reckless business management. Our personal knowledge extends far enough to know that we [co-editors and spouses John and Mary Hayes Houghton] have salted down a considerable sum which he appropriated to his personal uses, and we do him no injustice when we say that by his vices and dishonesty he has thrown away a golden opportunity . . . [he] has nothing to show for his investment but failure, shame and disgrace” (Enterprise, 1-25-1880, pg. 2). The editor acknowledged that Jordan shared equally in the blame, if only for being so blind to Smith’s actions. The partners were said to owe in excess of $6,000–an enormous sum when considering that the entire brand-new business block was tax assessed at less than one-third that amount. Houghton pronounced the entire affair “one of the most inexcusable failures ever known in Wellington.”

The Bee Hive store was not yet two years old when Smith and Jordan dissolved their partnership. Anson Smith continued to own what was now called the Bee Hive block. Another set of proprietors purchased the contents of the store, and operated in the same location for about a year. They maintained the customs of hosting dinners and musical entertainments on the upper floor, and even held the annual holiday grand opening. In February 1883, the Bee Hive installed the eighth telephone in the village, and soon began to advertise that customers should call orders in. In lieu of owning one’s own phone, one could use a neighbor’s line or even send a child down to the shop. All goods would be promptly delivered, regardless of order method. 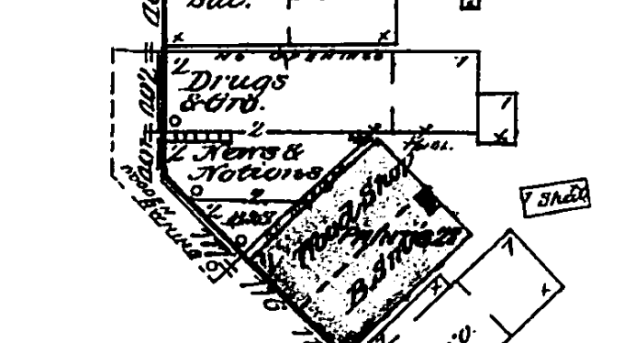 In April 1883, the new proprietors vacated the Bee Hive block and relocated the still-named Bee Hive store to the west side of South Main Street, next door to Mallory, Jopp & Co., on the village square. The new location did not improve their profits, however, and by January 1884, the Bee Hive shop closed for good. The Bee Hive block, meanwhile, was now home to three separate businesses: a drug and grocery shop, a news and cigar store, and the boot and shoe repair shop housed in the triangular space occupied by cobbler David Snyder since the building was completed in the fall of 1880.

The Bee Hive block still stands on West Herrick Avenue today, rapidly approaching its one hundred and fortieth birthday. The ground floor of the building is now home to two small businesses, the Painting Factory and Happy Tails Dog Grooming. The second story contains apartments. Not long after I moved to Wellington, as recently as 2005, a local resident giving me directions identified the landmark to me as “the old Bee Hive.” I find it fascinating how many old names linger on, long after their origins have faded away. 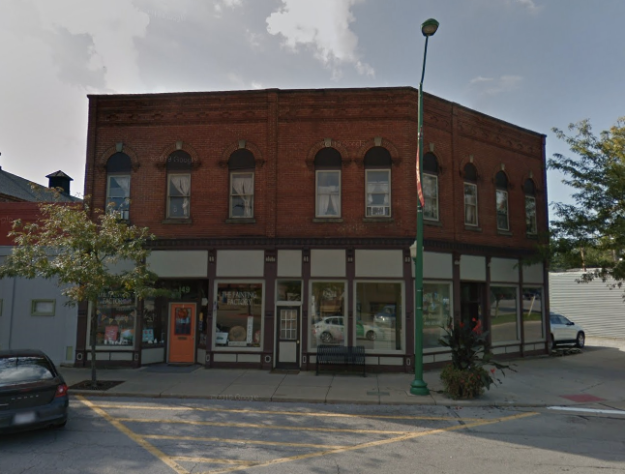