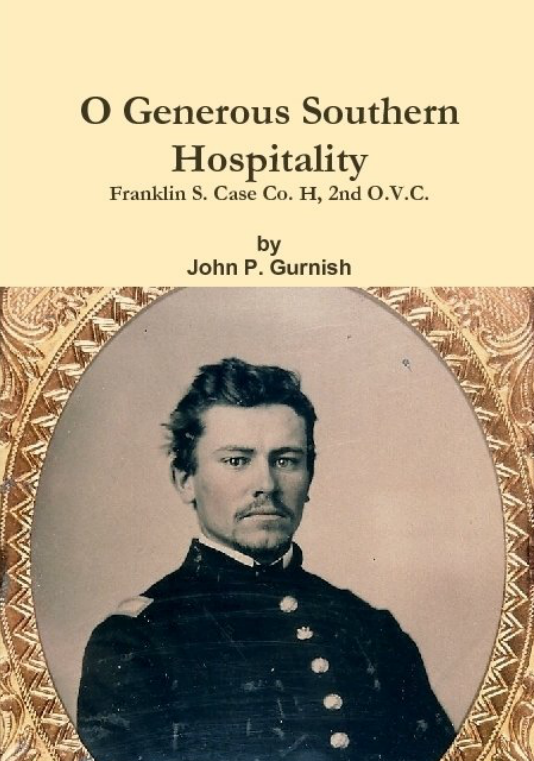 It has been quite a long time since I offered up a “book report” on this blog–more than three years, to be precise. But I just finished reading this slender volume and knew that anyone interested in the history of Wellington would also want to learn about it.

The book’s author, John P. Gurnish, recently gave a talk in the area. I was not able to attend, but was able to obtain a copy of his 2014 book from the Southern Lorain County Historical Society, or ‘Spirit of ’76’ Museum, which has a few additional copies still for sale. I would encourage anyone curious about the village’s Civil War connections to look it over.

The subject of the self-published book is Franklin S. Case, son of local tanner John S. Case. Franklin served his country heroically during the Civil War, and was a prisoner of war of the Confederate Army from late June, 1864 until March, 1865. He experienced all the deprivations and traumas of captivity, while being held at the infamous Libby Prison, among other places. Case wrote letters frequently to the Lorain County News, and kept a detailed journal of his time in detention; those first-hand accounts form the basis of much of this volume.

If you are not able to purchase a copy from the historical society, this book can also be ordered directly (in hardcover or paperback formats) from self-publishing website Lulu.com.