I have written on several occasions of my love of nineteenth-century trade cards. These small, paper advertisements were distributed by businesses of the time, and were often brightly colored and sometimes humorous. As a result, they were collected by consumers, and a large number of them have survived. I once worked in a special collections department at Harvard that had a magnificent collection of trade cards.

Over the years, I have amassed a very small batch of Wellington-related trade cards, and I thought it would be fun to share them in a single post. The image above is a card promoting Pioneer Prepared Paints, sold in the village by business partners Norton G. Hoyt and David J. Peters. I explained in a post in 2014 why I believe this card to date sometime around 1886.

In 2015, I relayed the life story of Freeman Battle (1850-1897). He was a merchant who sold sewing machines, and coincidentally worked in Hoyt & Peters building on Mechanics Street–now East Herrick Avenue–which still stands today. While Hoyt & Peters went to the expense of having their business name professionally printed on their trade cards, Freeman Battle merely ink-stamped his information on the reverse of a card likely printed in Cleveland. 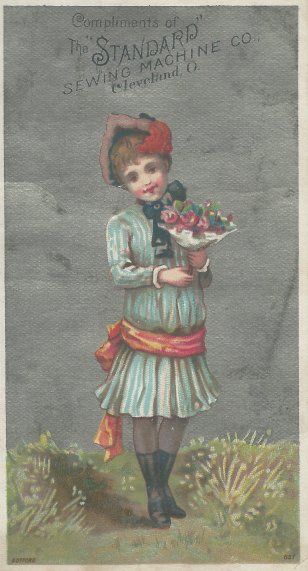 Another local merchant about whom I have written rather extensively is John Watson Wilbur (1839-1936). Originally from Canada, Wilbur settled in the village as a young man and operated a hardware store, both with partners and alone, for thirty years. Wilbur had his trade card for stoves, tinware and dairy apparatus professionally printed, and the slapstick roller skating scene from this  particular example is copyrighted 1883.

Just steps away, on Liberty Street (today West Herrick Avenue) William Vischer had his piano and organ selling business. If one looks very carefully at the tallest brick building on the south side of the street–129 West Herrick–the ghostly remnants of the painted words, “Vischer & Sons Pianos” are still visible on the mansard roof today. At some point in the late nineteenth century, Vischer was the local agent for McCammon piano fortes, imported from Albany. He had his name printed on their cheerful card. 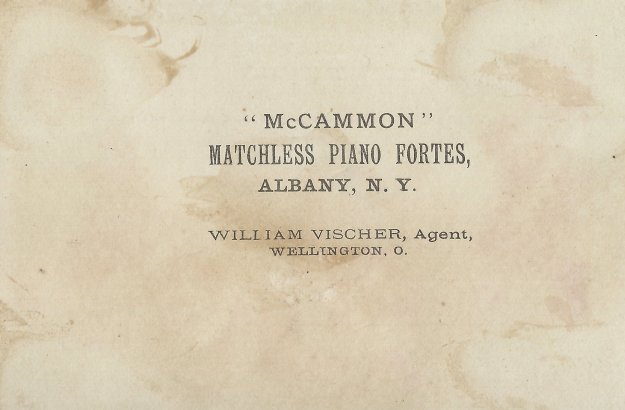 On the ground level of that same Liberty Street building, Erwin Wright Adams operated a pharmacy for more than thirty years. In addition to pills, powders and tonics of all sorts, Adams also served as the ticket vendor for the nearby Opera House, after it opened in 1886. Adams ink-stamped his authorization to serve as “sole agent” for a medicine called Cas-Car-Ria on this trade card. I presume Cas-Car-Ria is a concoction made from cascara, the bark of a tree native to the Pacific coastal region still used in supplement form today as a mild laxative.

The final card I would like to share with you is a bit of a cheat, in that it is not for a Wellington business. It is a beautiful printed business card for James Fitzallan Ryder (1826-1904), a photographer in Cleveland who served as Archibald Willard’s business partner. It was Ryder who made Willard famous in the city by featuring some of Willard’s early work in his gallery windows and selling inexpensive chromolithograph versions for sale. It was Ryder who encouraged Willard to paint a large work for the 1876 Centennial Exposition in Philadelphia, which we have come to know as “The Spirit of ’76.” 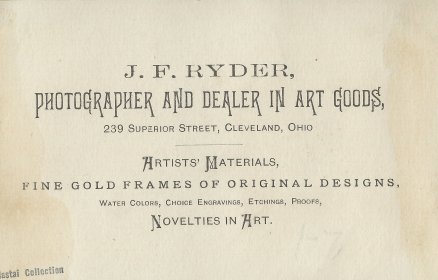 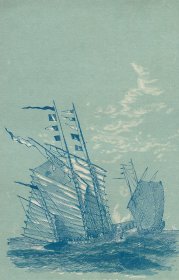 Interestingly, this card is stamped “Mastai Collection” in very tiny letters on the lower left corner of the obverse. I did some research and determined that the card must once have belonged to Boleslaw Mastai and his wife Marie-Louise d’Otrange Mastai, famous connoisseurs of Americana from New York. The Mastais spent more than forty years collecting and researching, eventually amassing one of the most highly regarded groupings of early American flags ever gathered, and publishing a 1973 reference book still considered a classic in the field. The bulk of their “Patriotic Materials” estate seems to have been auctioned off by Sotheby’s in 2002. How this lovely little item traveled from Cleveland, to New York, and now back to Ohio, is a wonderful mystery.

4 thoughts on ““Novelties in Art””