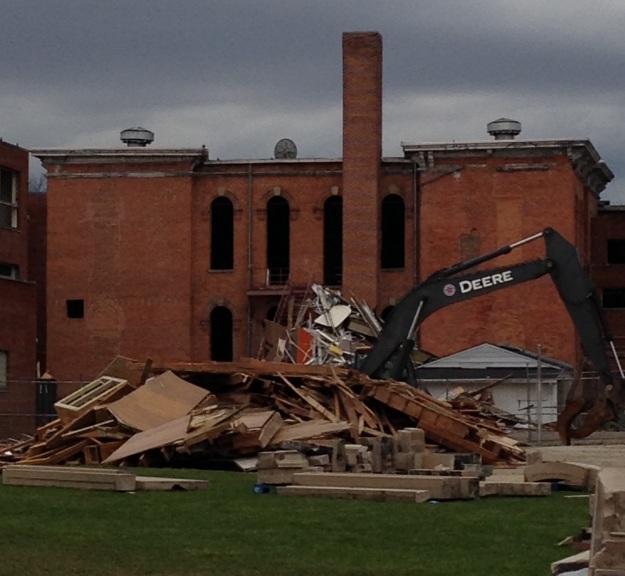 Just a brief update to any interested readers outside the area…demolition of Wellington’s McCormick Middle School, which at its core is the 1867 Union School, has begun. All interior modern wallboard and ceiling materials have been removed, stripping much of the building down to its original brick walls. I would direct anyone interested in seeing more photographs to visit the Facebook page Memory Lane, Wellington, OH. That page’s moderator was able to gain access to the construction site and has been posting terrific images, including shots of the recently uncovered nineteenth-century staircase. I also posted a few earlier pictures of the building here.

I will update this post with an additional image or two as the process moves forward.

UPDATE: Demolition has now begun in earnest. I took this picture today, Friday, March 25th, 2016. I expect within the next week the building will be gone, just shy of its 150th construction anniversary.