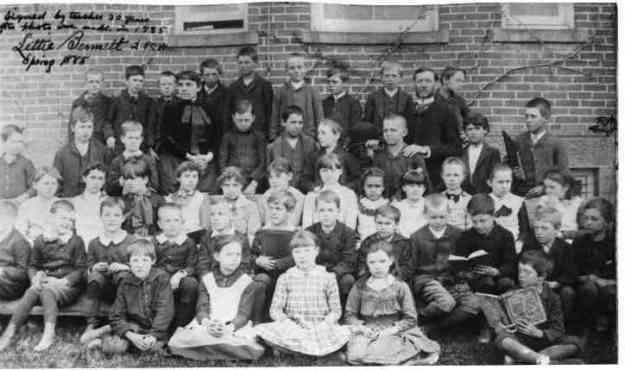 I read an editorial in The Wellington Enterprise today which seemed quite forward thinking for 1882. The forceful tone of the piece is typical of John Houghton’s writing style, though I can’t help but wonder if Mary Hayes Houghton was the author. At the very least, having such a professionally accomplished spouse as Mary surely influenced John’s views on the subject matter.

“School-teachers Wages. Can anyone tell why young men and women graduating with equal honor from the same class, and going out to teach in the same grade of school, should have a difference of half in wages in favor of the young man? That is just the case in the class of ’82 from our High School, and we have never learned that the superiority of scholarship or ability was on the side of the boys. If more money for board or for any of the necessities of life was required to support a young man there would be some excuse for the distinction in wages for equal work or fitness for it. If the young lady teacher had less refinement, less literary culture, worse manners or morals, or any other quality needed to instruct little children and boys and girls that are to be influenced by a teacher’s example, there might be some reason for the difference in wages. But usually these qualities are more pronounced and matured in the young woman than in the young man who teaches in country schools. As it is, it is a relic of barbarism, a disgrace to the intelligence of this age and this country; and this is the verdict of an unbiased jury, having no personal interest beyond that of wishing to see justice and equality everywhere” (12-6-1882, pg. 2).

On second thought, I really hope John Houghton was the author of this editorial. He was a staunch Republican and a very outspoken advocate of capitalism as the essential cornerstone of any successful community. I love the idea that his belief in wage equality trumped any more conservative notions on the “proper spheres” of men and women that many nineteenth-century Americans held.

If John Houghton felt that income inequality based on gender was “a disgrace to the intelligence of this age and this country” in 1882, I can’t help but wonder what he would think to learn that it still exists one-hundred-and-thirty years later. American women today earn on average 77% of what men earn. I read one study in preparation for writing this post which suggested that if progress continues at its current rate, it will take another half-century to eradicate the wage gap. Part of the difference in average pay is attributed to the fact that women are statistically more likely to work in lower wage, so-called “pink collar” jobs…like teaching. 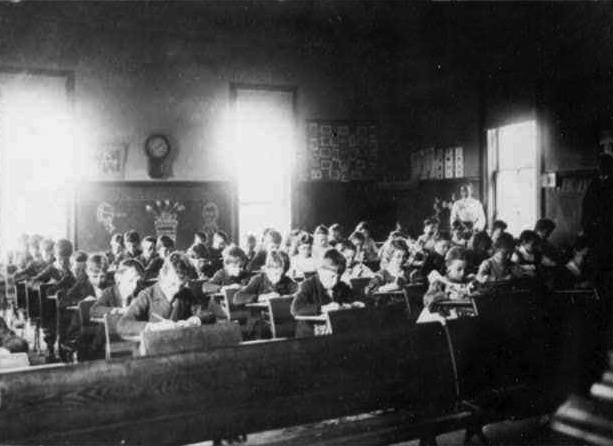