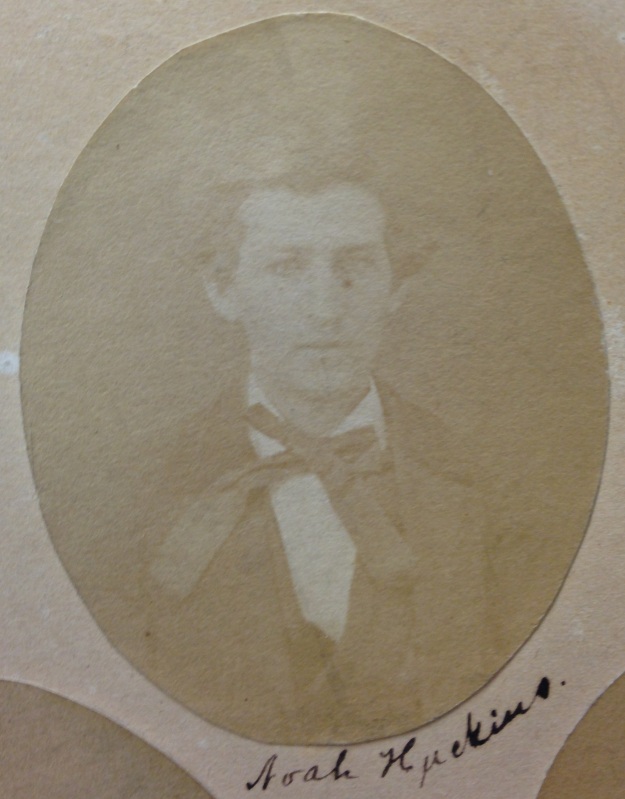 Writing this post feels a bit like jumping ahead to the last chapter of a book and reading it first. Noah Huckins has become the central character in the story I am trying to understand. I have spent many months piecing together his life story from tiny notices in newspapers and single lines in other people’s diaries; presenting it as a complete narrative almost feels anticlimactic.

Huckins was born on the outskirts of Toronto, Canada in 1839. When he was a teenager, he and his older brother George emigrated to the United States to attend Baldwin University, which is today known as Baldwin Wallace University. George was studying to be a Methodist minister, and Baldwin University was, and is, affiliated with the Methodist Church. Both brothers attended the school but only George graduated; the Civil War interrupted Noah’s education and he dropped out during his junior year to enlist in the Union Army, never to complete his degree. What motivated his decision to fight in a foreign war? Was he a committed abolitionist or perhaps just committed to staying in his adopted country? The answer is lost to history.

George also volunteered but died of fever while stationed in Nashville, Tennessee in 1862. Noah finished his military service and for reasons unknown, moved to Wellington where he taught school. In 1867, he became the junior partner in an established local hardware business, which was then known as Sage & Huckins. Orrin Sage retired due to ill health the following year, and Huckins took on a new partner, John Watson Wilbur. Huckins & Wilbur maintained the same shopfront they inherited from Sage for seven years, and when Huckins eventually left the business, Wilbur continued to run it until the end of the century. You can see the store in the image below, clearly labelled “Hardware. Stoves and Tinware.”

Mechanics Street, now known as East Herrick Avenue. Based on the building configurations, the image was taken sometime between 1882 and 1913. Photo courtesy of the Southern Lorain County Historical Society, “The Spirit of ’76” Museum.

While Huckins was establishing himself in business, he became connected with one of the oldest families in the village, the Adams family. In August 1866, Noah married Ellen Victorine Adams and within a year the couple had a baby daughter, Maud. Sadly, Maud died at six months of age and Ellen followed just three months later, only 24 years old. At the time of the 1870 federal census, Noah was still living in the home of his in-laws, Gideon and Bertia Adams. The Adams home, likely the oldest brick residence in Wellington, stood on North Main Street from 1830 until last year, when it was demolished due to a major structural failure.

A few months after the census, Huckins married his former sister-in-law, Ermina Fowler Adams, ten years his junior. After losing their first child in 1872, Noah and Ermina eventually had two more, Howard (b. 1874) and Ibla (b. 1878). Ibla seems to have suffered from many health issues and might even have been deaf for part of her life. She died young and her obituary noted that the loss was a heavy blow “especially for her father, who had protected her and cherished her with great tenderness and solicitude all through her long suffering” (Oberlin News, 7-25-1905, pg. 1).

In 1875, Huckins left his hardware partnership and went to work for Charles Horr. He formed N. Huckins & Co., a box manufacturing facility that existed to support Horr’s cheese factories. Frank Chapman Van Cleef notes several times in his article on the rise and fall of the cheese industry the difficulty Horr had in securing enough boxes to keep up with his cheese production. “The busiest places in town were the cheese box factories. Several hundred boxes were made each day and a large amount of lumber, mostly elm, was being cut up” (pg. 51). Huckins was often mentioned in the newspaper traveling to other states looking for timber to purchase. August 29, 1878, the Enterprise reported that his factory had produced more than 1,000 boxes in a single nine-hour shift. “750 is regarded a day’s work,” the notice concluded. 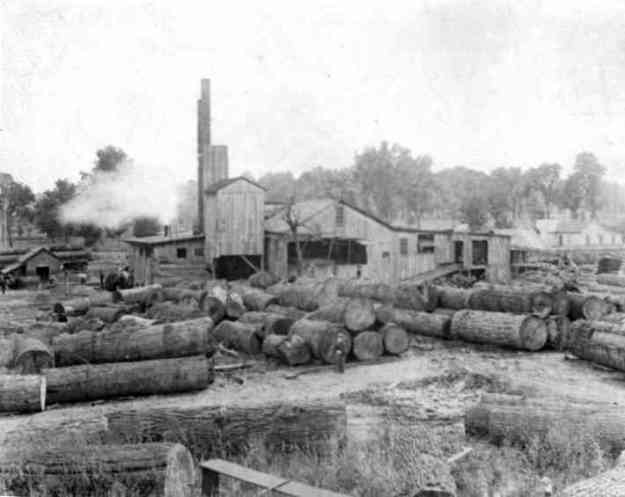 Fortunes clearly on the rise, Huckins commenced building an Italianate wood-frame house on land formerly owned by his wife’s family; to this day, the area of the town around Lincoln Street is known as the Adams Addition. The fundamental question I wanted to answer with this project was, when was my house built? I cannot tell you how happy I was the day I read this: “The foundation of the new house being built by Mr. N. Huckins, on the corner of North Main and Lincoln streets, is complete and the grading is being done” (The Wellington Enterprise, 1-13-1876, pg. 3). And then the following year, this: “N. Huckins has enclosed the lawn about his residence with a neat hedge of hemlock, and further added to his premises, fruit and ornamental trees. A little more than a year ago the site occupied by his home was a moist corner of pasture land. It has been graded into a well-shaped lot, high and dry, and seeded, so that a lawn-mower does its frequent shaving. The place is fast becoming one of the most attractive in Wellington” (5-3-1877, pg. 3). A “fine horse barn” was added east of the house in 1881, but no longer exists. 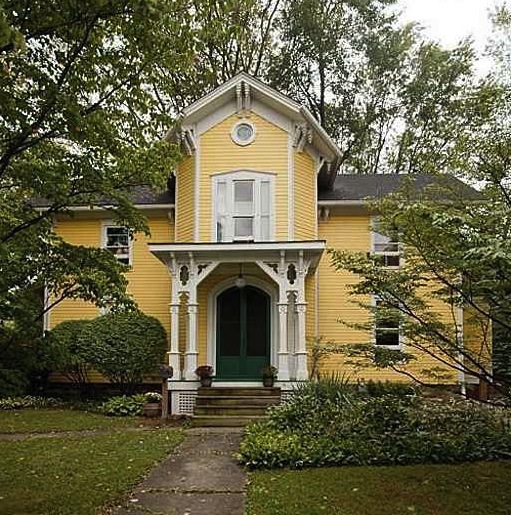 While building this substantial homestead, Huckins also became heavily involved in what we might today call “volunteer work.” He was, at various times, secretary of the library association; chairman of the Congregational Church’s 1876 (U. S.) Centennial celebrations; a member of the school committee; president of the Republican Club; president of the Murphy Movement, a temperance organization; a member of the Memorial Day Observances committee; and on and on. The impression one gets is of an up-and-coming young man trying to make his mark on a community.

N. Huckins & Co. did extremely well, and its business ventures and real estates transactions were numerous and complex. (I will talk more in a future post about the company and about another partnership of Huckins and Horr, the Wellington Milling Co.) I located contemporary credit reports that chart the enterprise’s expansion. In 1877, the credit reporter estimated that Huckins’ stake in the company was worth $8,000, while Horr’s was worth $60,000. By 1888, the reporter estimated the overall value of the company at more than $150,000.

Then, in 1889, Huckins decided to leave the town that had been his home for a quarter-century. The only indication I have found as to why is a line in his obituary which begins, “With the idea of enlarging his field of activity he came to Oberlin…” (Oberlin Tribune, 9-16-1921, pg. 1). He sold the family home on North Main Street and transferred all of his corporate and real estate holdings to Charles Horr in the same week. In my next post, I will conclude Huckins’ life story with a brief outline of his decades as a successful hardware salesman in Oberlin, Ohio.